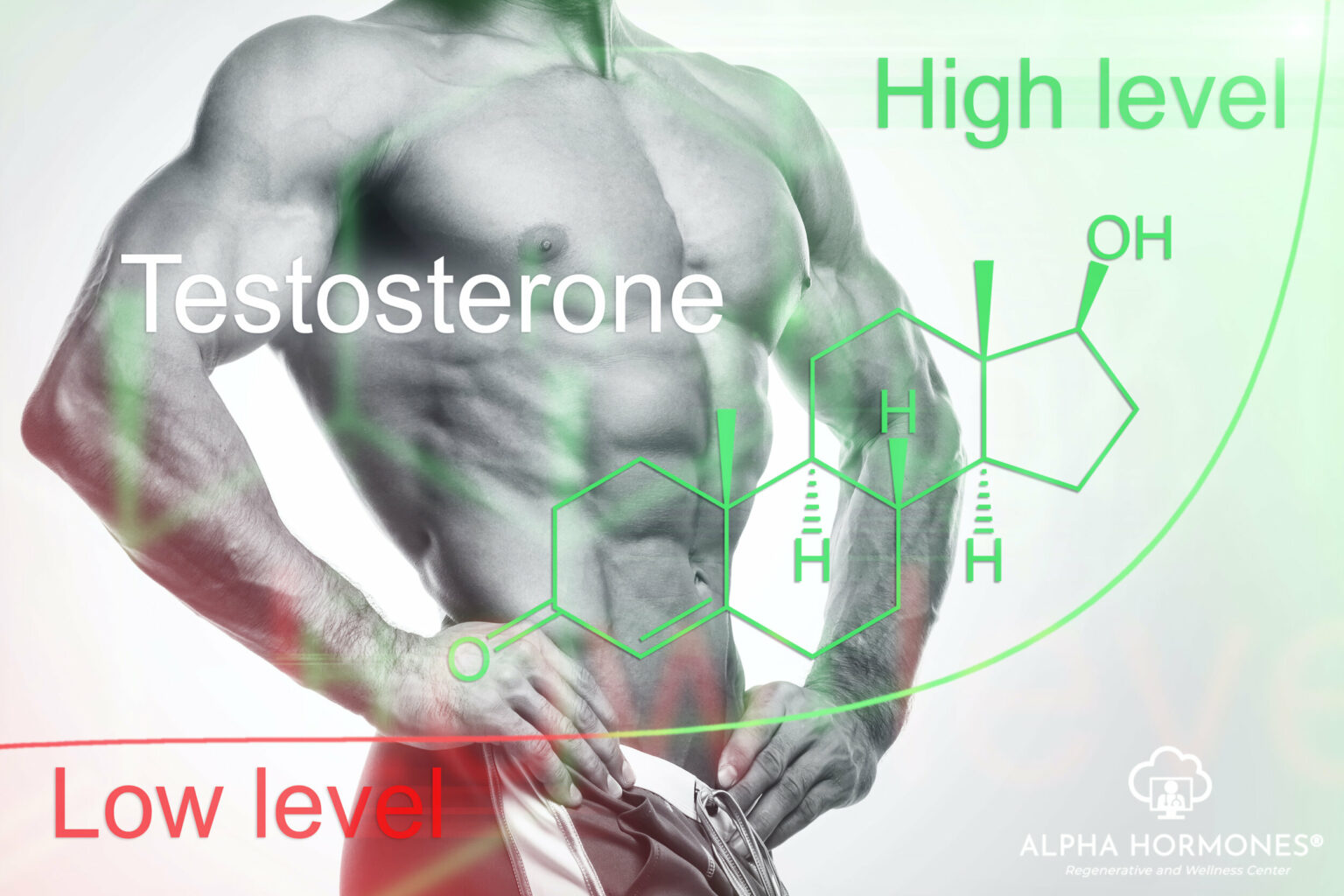 With all of the information and misinformation out there concerning Testosterone Replacement Therapy (TRT). We’re going to help you put any fears you have about TRT to rest. Not so shockingly, men are less likely than women to visit a healthcare provider when they’re not feeling 100%. And often they wait until a medical issue has become serious before they do anything about it. Some of this tendency may be because men are less likely to ask for help in general. And some of it may be because, like most adults of working age these days, men often feel that they’re too busy to look for health solutions.

When it comes to hormonal issues, we have come across a whole new reason why men sometimes hesitate to get the help they need – misinformation about negative side effects of hormone replacement therapy. With the rise in chronic conditions and disease, we at Alpha Hormones® strongly believe that men need to be more proactive about their health.

Many signs of “low T” develop slowly over time. As a result, men often ascribe their symptoms to simply growing older. However, a reduction in testosterone levels doesn’t have to be a normal consequence of aging. Although your hormone levels do begin to drop as early as your 30’s for a variety of reasons, there are a number of steps you can take to help protect them.

What Are The Symptoms Of Low Testosterone?

How can you tell if you have low testosterone levels? Only your healthcare practitioner can make a definitive diagnosis, but the following signs could indicate it’s time to schedule an appointment.

Missing a few hours can quickly cause your levels of testosterone to drop. Try to maintain a consistent sleep schedule, and practise good “sleep hygiene” by ensuring your bedroom is dark and switching off any electronics for one hour before bedtime.

Working out is one of the more direct ways to give your testosterone levels a boost- there’s a reason many men feel “pumped up” after a workout. Weights are the most effective activity for raising testosterone levels, and recent studies found high-intensity interval training High Intensity Interval Training (HIIT) workouts productive in this regard.

When you’re stressed, your levels of the hormone cortisol rise. And when cortisol rises, testosterone drops. So avoid chronic, long-term stress. And if you’re feeling overwhelmed, schedule some mini-breaks for yourself. Calling a time out on a hectic schedule to meditate or simply go for a short walk can pay off in the long run.

Vitamin D is also a hormone. Spending time in the sun, or taking vitamin D supplements during the winter, can give your body a key component needed to raise your testosterone levels if they are low.

Many compounds found in daily life can affect your hormones because they mimic estrogen in your body. In particular, avoid materials made with BPA, parabens, and phthalates. That means not using things like plastic water bottles, air fresheners, and scented grooming products.

If you are experiencing the uncomfortable symptoms listed above, consider coming in to discuss whether TRT is the right choice for you. When you meet with us, we’ll take a blood sample and analyze it to determine what your hormonal baseline should be, what you’re lacking, and the best way to move forward. Then we will design a personalized health regimen that’s all about increased energy, mood, and looking and feeling younger, healthier and optimal.

Wait – Should You Be Concerned About Testosterone Replacement Therapy?

If you have been reading mixed information about TRT, you’re not alone. That’s why in October 2015, a group of respected experts in endocrinology, diabetology, internal medicine and science research from around the world, including Harvard Medical School and Johns Hopkins University School of Medicine, got together to discuss Testosterone Deficiency.

All of the experts volunteered their time as they debated the top considerations and treatment issues surrounding Testosterone Replacement Therapy based on the best available scientific evidence, and drafted the following resolutions.

– Low testosterone should be taken seriously

– Testosterone replacement is an evidence-based therapy

– Even mild cases can benefit

– Men of any age can benefit

Now, I know that for many of the men who are hesitant to come in and discuss testing and treatment for low testosterone, there are a couple of issues they are most concerned about. So let’s dig a little deeper into two key areas: Does TRT actually affect your risk of heart disease or prostate issues?

The History Of The Testosterone Therapy Controversy

Testosterone Therapy has been in use since the 1940s, however, until the turn of the century, it was exclusively prescribed for men with severe testosterone insufficiency such as after treatment for pituitary cancer. The primary concern in the early days was that it may be associated with an increased risk of prostate cancer.

The Rise of T Supplements In Sports

In the past 20 years, the use of Testosterone supplements has grown and it has become controversially associated with illicit athletic performance enhancement and its use as an anabolic steroid in bodybuilding.

Negative media stories peaked in 2013 when a retrospective study was published in a top medical journal reporting increased cardiovascular risks. A second retrospective data analysis in 2014 reported an increase in nonfatal myocardial infarction (heart attack) rates following a T prescription compared with the rate before the prescription.

Following the negative press, Health Canada and the FDA added warnings to T products in 2014 stating that there was a risk of cardiovascular issues. The FDA also limited the prescription of Testosterone products to men with identified underlying Testosterone issues, and rejected the concept of age-related testosterone decline. In contrast, the European Medicines Agency (EMA) reviewed the same evidence but decided not to add any warnings to T products in Europe.

While the damage had already been done to the reputation of TRT, subsequent analysis showed that neither of the 2013/14 studies provided credible evidence of an increased risk to the heart.

The first study underwent 2 official corrections: one for misreporting its results, which actually showed an approximately 50% lower rate of adverse cardiovascular events in men who received a T prescription compared with untreated men, and the second for large data errors, including that nearly 10% of its all-male database was comprised of women.

The second study had no control group, so it is unknown whether cardiovascular events (nonfatal heart attacks in that study) differed between treated and untreated men with testosterone deficiency.

Does TRT Cause Heart Issues?

Looking at the origins of this question, we know that two observational studies received intense media attention after reporting increased cardiovascular risks, however both studies had major flaws. One misreported results, the other had no control group. The 2015 conference highlighted the following facts:

Does TRT Cause Prostate Cancer?

Medically, the greatest concern for the first 70 years of TRT was the fear that it may cause prostate cancer. The 2015 conference addressed this concern and these were their findings:

With that being said, if you have Low T symptoms or you know a friend or loved one who is suffering from it. There is no better time than today to get started on your path to wellness. 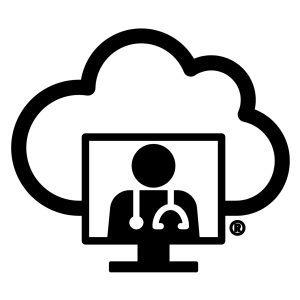 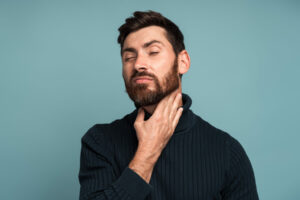 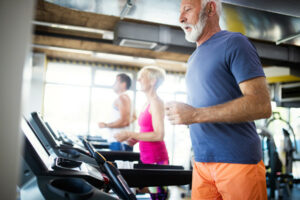 Online TRT Clinic | When Do I Know I Need It?

Researchers have long been studying in an attempt to unlock the many mysteries of how low testosterone levels can impact men and women’s overall health. 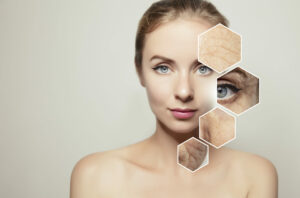 The Benefits of HGH for Women

The over 50 identified hormones in our body serve as regulatory chemicals that help to coordinate many different health and maintenance functions within us. This